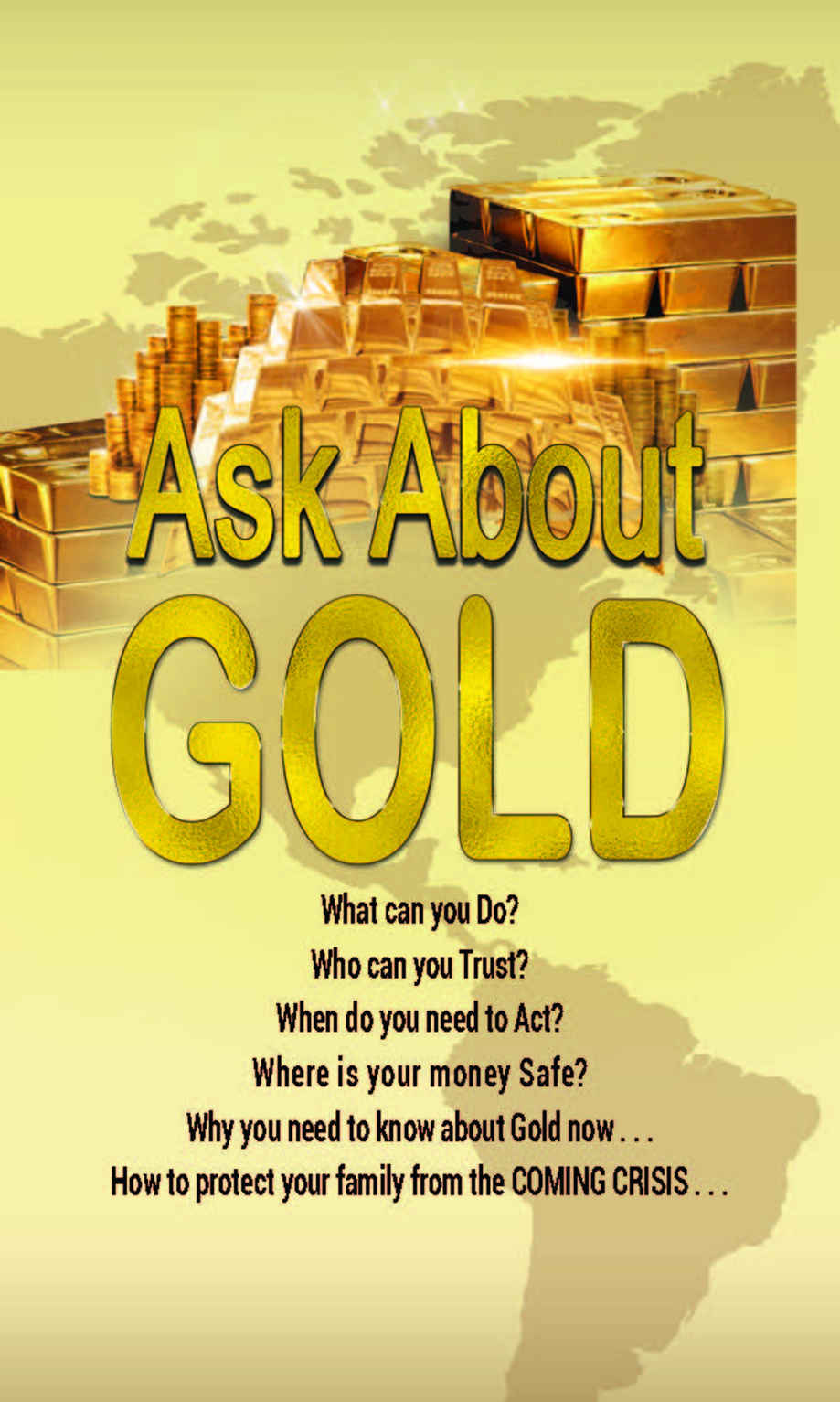 “The son of a goldsmith, Michael Ruge invites you to ask him all about gold – an archaic currency which, according to him, may be making a comeback. While many economists would laugh at the idea of gold going back into circulation, Ruge traces the roots of this precious metal from its origins as a currency, to its discontinuation, and finally to its imminent role as a currency today.”

Discover the secrets of true meaning of value and wealth that were once kept secret by the hyper-wealthy.

“Deficit spending is simply a scheme for the ‘hidden’ confiscation of wealth. Gold stands in the way of this insidious process. It stands as a protector of property rights.”

“Money is gold, and nothing else”

In this prophetic new book, bestselling author and goldsmith’s son Michael Ruge unravels the mysteries that tie together people, the economy, and gold in a triangle of lust, power, and wealth.

With the global economy on the brink of collapse, will a new form of GOLD currency emerge?

Today, gold has become the single most important wealth preserva¬tion tool for banks and individuals alike. It is both an irreplaceable store of wealth and a standard for currency. Michael Ruge uses historical case studies, economic theory, and his own experience as the son of a goldsmith in order to arrive at a few startling conclusions:

Find out why you need to act today in order to protect your financial future in Ask About Gold.

But it’s not all glitter and gold in this book. Ruge examines the current state of the economy and where it is likely headed in order to arrive at a startling revelation: the future of finances looks depressingly dim, if existent at all.

In a chapter titled “How Much Time Do We Have Before Economic Collapse?” Ruge writes, “It’s an unfortunate yet well-established fact that the global economy is on the brink of collapse. Historically, this is where a wise economist or wealthy banker would come in and save the world from economic extinction. And for the first time in the history of the human race, no one is quite sure what to do about it.”

In the end, Ruge proposes several solutions, but the overall feel of the book is a warning rather than a solution to a serious-yet-silent problem in the world’s economy. An eye-opening read, Michael Ruge’s Ask About Gold is recommended for anyone interested in economic history or the future of finances.

Quote a Quote to Your Success by Michael Ruge

Hi, I am . I have helped several CEOs (retired and still active) most of whom own multi-million dollar companies. We know problem solving.
[more]